Intermittent Fasting for Optimal Health and Well Being 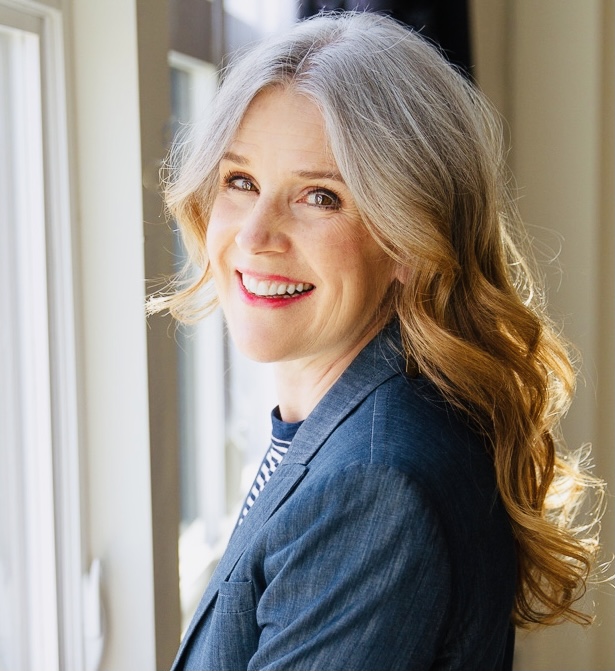 Laurie Lewis is an educator and coach, specifically in the area of Intermittent Fasting. When she was in her forties, she was at the height of health, running marathons, eating healthy foods and generally feeling great.  At forty four, she started going through peri-menopause and hit  menopause at forty nine.  She gained fifty pounds, experienced brain fog, memory loss, depression and her sense of equilibrium was off. She felt awful and was living in an unfamiliar body, mind and spirit.  Nothing that she did made a difference and her doctors were at a loss to help her.

She was at her wits end and in a eureka moment, Intermittent Fasting came up.  Laurie read as much as she could and started with this new way of eating.  Within three days, she felt like herself again and within fifteen months, she had lost 50 pounds.  The key to returning to health and losing the extra weight was by creating an eating window.  It was that simple and that miraculous.

Laurie received her health coach certification in 2011 has added educating her clients about Intermittent Fasting to her practice.  It is now her primary focus with her clients.  She spoke about starting out gradually.  For most people, a twelve hour window is easy.  For example, you stop eating at 7 PM and you have your first meal at 7 AM.  You have then fasted for twelve hours.  A next step is to extend it to an eight hour eating window.  For example, you stop eating at 7 PM and resume at 11 AM.  Laurie now practices a twenty (20) hour fasting period with a four hour eating window (20:4).  One meal a day is known as OMAD.  Laurie will eat over that four hour period, instead of sitting down to one meal.  She settled into her fasting “sweet spot” and while it’s flexible, she continues to do it because it feels so good and provides so many benefits.

The fasting period gives your body a chance to repair, heal and rebuild.  Because it is a daily practice, you are giving your body this chance every day and ongoingly.  This is different from periodic fasting.  I can see the benefit of “fasting” as a daily practice. Your body enters a state of  Autophagy, which  is the body’s way of cleaning out damaged cells, in order to regenerate newer, healthier cells. “Auto” means self and “phagy” means eat. So the literal meaning of autophagy is “self-eating.”

I asked Laurie how people handle feelings of hunger when they are first starting out.  She pointed out that hunger waves come and go and there are ways people can work through it.  Laurie spoke about how people often use food for entertainment and stress relief, rather than for nutrition and nourishment.  This is so true.  The day I interviewed Laurie, I had eaten a bag of chips.  Just for fun.

She explained that part of the process of Intermittent Fasting is appetite correction.  Animals stop when they are satisfied.  They do not over eat like humans.  Humans are intrinsically the same but with food so available, many tend to eat throughout the day. This leads to a myriad of avoidable health issues.  It is truly a crisis but unfortunately is too casually accepted as our lot in life and the fabric of our culture.  Intermittent Fasting corrects our appetite control center to function in the way it was designed pre processed foods and abundant food supply.

I asked Laurie about the actual foods that she recommends to her clients.  She said that each individual person knows the foods that make them feel nourished and healthy.  One of her friends asked her how long she was going to Intermittent Fast.  Laurie explained that she would always eat this way.  It is her practice and way of life with so many rewards.

Over the years, Laurie has heard so many gratifying stories of people going off medication as their numbers normalized.  Often one member of a family will start with Intermittent Fasting as friends and other family members see the results, they too jump on board.  It is a change in mindset and a practice. I was personally intrigued by people reporting skin tags and moles falling off and spots on the skin disappearing.

Some of the benefits of Intermittent Fasting:

Many of the benefits of intermittent fasting are related to these changes in hormones, the function of cells, and gene expression.

In closing, Laurie’s wish is for each person to “Trust Their Body”, “Trust the Process” and to “Fall in Love with Their Own Magnificence.”   We can all attain optimal health and well being in how we care for ourselves ongoingly.  Intermittent Fasting is a practice that we can all implement and incorporate into daily life.