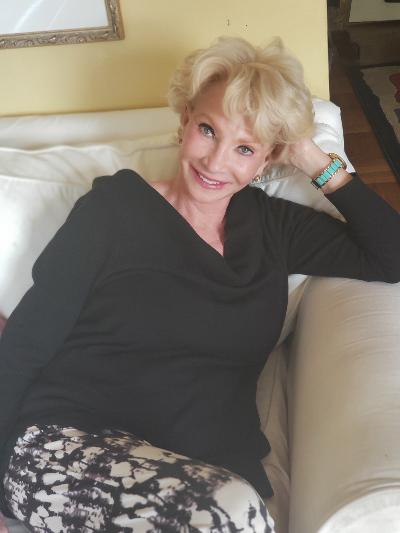 Beatty Cohan MSW, LCSW, AASECT is a nationally recognized psychotherapist, sex therapist, author of “For Better for Worse Forever:  Discover the Path to Lasting Love,” columnist, national speaker, national radio and television expert guest and host of “The Ask Beatty Show” on the Progressive Radio Network.  She has a private practice in New York City and East Hampton.

I was excited to interview Beatty as I am a veteran of dating at a later age; mainly using the internet to find a romantic partner.  Her approach is different and it was inspiring to hear, as we spoke on the telephone.  I hope you will find the information Beatty shared as helpful as I did.  Please note that all information in this article was communicated to me by Beatty.

Beatty shared three elements that must be in place in order to achieve success in a love relationship.

FACT – The divorce rate in the United States is 48% for first marriages, 68% for second marriages and 73% of couples marrying for the 3rd time find themselves in a divorce court. These statistics are distressing.

In summary, in order to find and sustain a healthy and happy relationship, we need to be willing to deal with our own ‘skeletons in the closet’ and ‘unfinished business, so that we truly feel good about ourselves, rather than hoping and wishing that someone else will save us.  We then need to be committed to doing Beatty’s in-depth assessment that has been successfully used by thousands of men and women around the world.  I think of all the times, the man I was dating was simply a “carrier” of my fantasy.  As the red flags proliferated, I had no choice but to break up with each one of them.

Beatty and I discussed how as challenges arise in our relationship, there is an opportunity to grow and to get closer. There is a dichotomy because our deepest need and desire (to be known and to be loved) is also our deepest fear.  We push and pull at love rather than just being able to receive it.  It is complicated for many of us.

Every relationship has problems and challenges.  However, people need to be willing to learn the skills of effective emotional communication and problem-solving.  It involves, discussion, trade-offs and compromise, leading to a win/win resolution.  Naturally, certain destructive and self-destructive compromises and trade-offs should NEVER be made.

In terms of sex, people are having very little of it and that causes alienation and dissatisfaction in relationships.   Being touched is a basic need and many people are starving in that department too.  On average, couples in the United States have sex twice a month and then there are those who don’t have sex at all or rarely.  In France however, couples engage in sex twice a week!  What do the French know that Americans don’t!

There are many reasons why couples are having challenges in the bedroom.  These will be discussed in a further article.  You may be surprised to know that many medications both prescription and over-the counter, have sexual side effects, including lack of desire and inhibited orgasm. If you are worried or wondering if your medicines may be causing sexual side effects, please don’t hesitate to discuss this with your doctor.It is also important for people to take care of themselves physically through nutrition and exercise.  Staying in touch with your own body can be helpful in keeping one’s libido strong throughout a lifetime.

Beatty shared a wonderful story with me about a former patient, Charlotte, who had been happily married for her entire adult life.   About a year after her husband died she and found herself attracted to a much younger man.  Charlotte was in her mid 80’s when she again became sexually interested and sexually active.  The idea that we outgrow our need for closeness and sex is simply a myth.  Older age can be a time to explore our sexuality in new and exciting ways.

My conversation with Beatty gave me much to think about.  I canceled my two subscriptions on internet dating sites because I realize I have some work to do.  It Is work well worth doing as it has to do with my happiness in the love/romantic relationship category.  I hope you think it is worth it too.